Puma continues their retro running revival and this time they made a redo of the 1976 track spike. Earlier this year, they released the 90s Mirage OG: a more modern version of the track spike that has a whole new creative vision compared to the past.

After the Mirage OG it was time for the Mirage Mox. You can clearly see the 70s elements in the sneaker that go really well with the bright colors, detailed layers of material and futuristic elements.

To celebrate this wonderful release, we would have loved to organize a big release party like we usually do. For obvious reasons that’s not possible. However, we did want to convey this ‘big release party’ vibe to you as much as possible and therefore we went to the village of Lisse to build a small Mirage Mox stage where the talented BeauDamian came by to give a small performance. 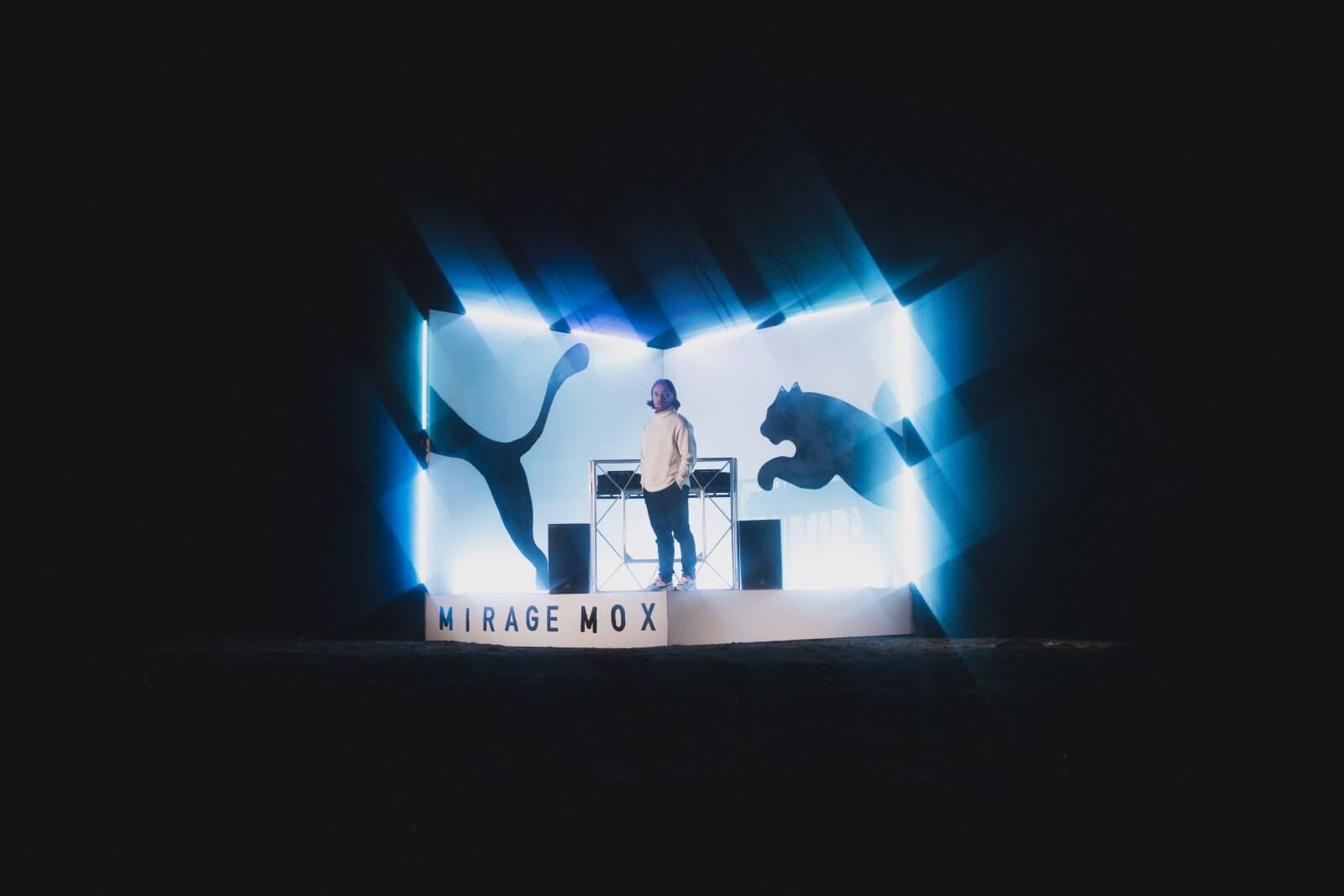 BeauDamian is a composer/music producer from Utrecht, Netherlands. His music tends to vary a lot, as it goes from club & festival bangers (with support from various big names) to game and film tracks (winning a BUMA Award for Best Original Composition in Trailer). His inspiration comes from genres such as 8-bit, Jazz, Bossa Nova, Funk, J-Pop, Arabic and Classical Film Music.

With releases on bitbird, STMPD RCRDS, Quality Goods Records, Barong Family and Monstercat he’s giving the opportunity to show the world what he is capable of. He has received great support by the likes of Martin Garrix, San Holo, Joyryde, Marshmello, Alison Wonderland and Zeke Beats amongst others.

Since 2013 he started DJ’ing in the underground scene of Amsterdam. Throughout the years he played at parties and festivals all across Europe, Asia and the United States.